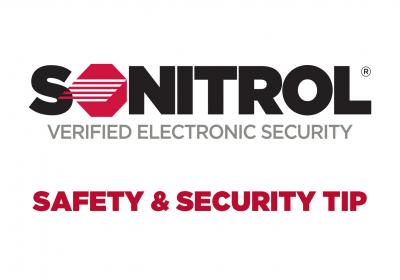 According to a recent consumer guide provided by the False Alarm Reduction Association (FARA)*, burglar alarm systems can bring you a sense of security and peace of mind and are effective with proper installation, adequate training and regular maintenance.

However, poorly used, installed or maintained systems can cause significant problems for the consumer and police alike. Therefore, consumers need to be aware of the ramifications of false alarms and how they affect law enforcement's ability to respond.

There are a multitude of causes for false alarms ranging from employees, cleaning crews, relatives with keys to your business or home and having no knowledge of your alarm system.

In the past decade, the United States Department of Justice's Office of Community Oriented Policing Services (COPS)* reported that in just one year, $1.8 billion of taxpayers' money was spent on police responses to over 36 million alarm activations around the country. The COPS Report stated that between 94 and 98 percent of these alarms were false, and went on to conclude that the average security alarm's reliability is generally between 2 and 6 percent, with only $40 million to $110 million (out of $1.8 billion) spent on legitimate alarm activations annually.

Each year, to combat the wasted resources and departmental inefficiencies experienced as a result of the high national false alarm rate, an increasing number of local governments throughout the United States continue to pass ordinances and regulations that penalize repeat—and even first-time—false alarm offenders. Fines that can begin around $100 (and increase incrementally for each subsequent offense), is a first step that local governments often take in order to recoup the cost of false alarms, and to help mitigate the wasted time and resources of their local police. Many municipalities, such as the city of San Jose, CA have even introduced Verified Response Regulations, stating that police will not respond to alarms without prior verification.

"Nationwide, false alarm frequency is at a shocking rate," said Bruce Winner, Director of the Sonitrol brand. "The level of inefficiency in the security intrusion industry regarding false alarms, and the unmitigated costs to taxpayers and local governments, is unacceptable. Sonitrol's highly trained operators, who monitor properties 24 hours a day, 365 days a year, work hand-in-hand with local law enforcement departments and officers, utilizing the most proactive and productive alarm verification process in the industry to ensure each individual threat is treated as such, and that police are dispatched accordingly."

The most common alarm company policy is to automatically request dispatch of local law enforcement at any indication of a triggered alarm. These inefficient, unverified automated response protocols are the easiest way for most security companies and their central stations to attempt to monitor massive amounts of properties for as little money as possible. While these generic security systems and protocols are cost-effective for the alarm companies, they do little to decrease the national false alarm rate, as high as 98%, or the estimated $1.7 billion spent annually on false alarm dispatches.

Sonitrol's verified alarm technology directly addresses the inefficiencies of other, sometimes passive alarm companies. Sonitrol's verified, impact-activated audio surveillance assures that there is an operator monitoring a secured property at all times when the system is armed, adding an element of human intelligence that is unmatched in the dispatch and response processes of other security companies.

"With impact-activated live-audio, our operators are able to verify a threat to a property as the event is happening. In addition to giving us the ability to provide police with as much information and detail as possible, we can even supply responding officers with a live audio feed to discreetly listen in on the situation currently taking place at the property. Police are able to approach situations more tactically, and are ultimately safer and more confident in responding to our alarms. At Sonitrol, we dislike false alarms as much as police do," Winner stated.

You should check with your local law enforcement agency to learn more about your city's false alarm fines and ordinances that are in place that may affect your home and business.

Over 98% of alarm activations are false alarms. And with each alarm call costing taxpayers in police time and resources, more and more communities are looking for ways to respond to alarms more effectively. Many communities now require verified response—confirmation by an alarm company or an eye witness that an actual intrusion is in progress—before dispatching police.

The average police response time for non-verified alarm activation now exceeds 45 minutes in many communities. The longer the response time, the lower the chances of police stopping an intrusion in progress and apprehending the criminals.

Increasingly sophisticated crimes, including internal theft and fraud, and crimes accompanied by other disasters such as fire or explosions, overtax traditional alarm systems.

When & Where you need it most

Single source integrated security solutions for intrusion, video, access and fire. As more cities and municipalities require verification before dispatching police to an alarm, our ability to verify intrusion—through patented technology, in real-time—offers unrivaled credibility with law enforcement and security for our customers.